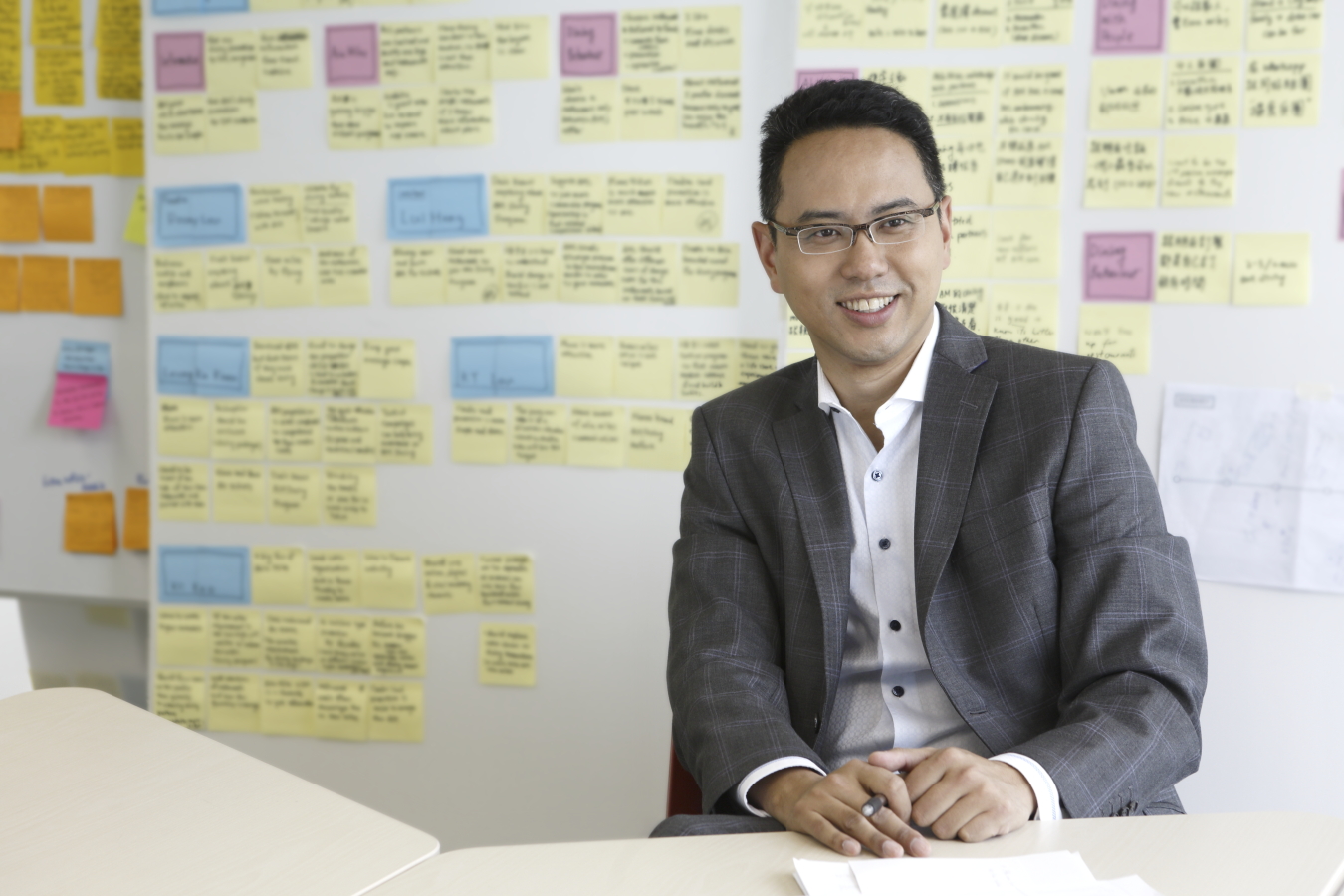 Stephen Wong is the CEO of Asia Miles, the rewards program subsidiary of Cathay Pacific Airlines, and the co-founder of Design Thinking in Action, a Hong Kong-based workshop series promoting design thinking in Asia.
Asia Miles

He may be one of Hong Kong’s leading names in the field of design thinking, but don’t call Asia Miles chief executive officer Stephen Wong a designer.

Wong, who helms the rewards program subsidiary of Cathay Pacific Airlines, says: “I don’t see myself as a designer in the traditional sense of the word. I design solutions, not aesthetics. It’s a slightly different thing.”

The Hong Kong native was first introduced to the concept of design thinking — a problem-solving methodology that prizes rapid prototyping and feedback-collection — when he took a few courses at the Stanford d.school, Stanford University’s design school, as part of his MBA program at the university in 2010.

“We saw first-hand how the application of design at IDEO and other Silicon Valley firms led people to do things differently,” Wong recalls. A particular project that left a deep impression was observing a healthcare manufacturer as it went through the process of designing a child-friendly magnetic resonance imaging scanner.

“They originally thought it was an engineering challenge, and that they had to build a new machine, but after speaking to parents and doing some on-the-ground observations, they realized it was not the machine but the experience that made children nervous,” he says. “So they redesigned the process as a game: They stuck stickers inside the machine and told the children that they were entering a submarine, and the nurses dressed up in role-playing costumes to fit the storyline.”

On Wong’s return to Hong Kong post-graduation, the former Cathay Pacific Airlines general manager was deployed to steer Asia Miles, where he made it his mission to incorporate design thinking into the key ethos of the company. He established three new tenets for Asia Miles: to use design thinking to provide transparency and as a common language in decision-making processes throughout the company, as well as to keep the interests of its customers, stakeholders and employees at the core of its strategies.

Innovation at Asia Miles was “all over the place”, says Wong, but thanks to design thinking’s structured step-by-step approach to problem-solving, and a common canon of terms such as “ideation” and “empathy”, staff now have a clearer mutual understanding on the progress of different projects. “They are thus able to tell each other: on this project, we are still at the understanding phase and it needs to move on to the ideation stage next, but on another task, we are already at the prototyping and testing stage. The process becomes very transparent,” he adds.

To get everyone on board, every new employee at Asia Miles — from data scientists to public relations officers and accountants — is put through a one-day orientation program on design thinking that Wong used to conduct personally.

His customer experience team now leads the training program, and some of the more senior leadership in Asia Miles, such as the heads of their customer experience and marketing teams, are sent to Stanford’s d.school for a more immersive five-day course.

“What we are teaching, essentially, is problem solving skills, and everyone needs it – even a child. Everyone can do a better job in their work lives and their personal lives if they have some skills and methodologies that help them solve problems. At every part of the company, there will be ‘pain points’ and there will be opportunities,” says Wong.

An education in design thinking alone is not enough. For Wong, employees must get the chance to apply what they’ve learnt in day-to-day business decisions, too.

“Attending a one-day course on design thinking is like watching a PowerPoint presentation about a bicycle. After going through it, you will understand how a bicycle works, its different parts, and when your colleagues tell you they’re going bike-riding, you’ll know what they are talking about. But you still won’t know how to ride it. And if you don’t learn how to ride a bicycle, you will still fall,” he explains.

This is why employees are set design-thinking-centered projects led by colleagues who are more experienced with the concept, including those from the customer experience team or those who have previously worked in design consultancies.

Wong peppers our conversation with common design thinking terminology such as “user-centricity”, “bias towards action” and “risk-taking”, but throws into the mix a couple of his own concepts, such as “stakeholder-centricity” and “tolerable risk”.

“If the company only cares about keeping the customer happy, but your stakeholder isn’t and the company loses money, then you’ll still go bankrupt,” he explains of the former term.

Of the latter, he is more elaborate. “We want to be a company that empowers people to grow and try new things, but if you do that, inevitably, you will fail sometimes,” Wong says. “If you want to minimize risk, you can go for a lengthy approval system, but if you want to liberalize the system, you have to empower your staff to take risks, such as by setting parameters within which they can try things quickly without asking.”

“If we are undertaking a project with some risk, we get our employees to ask themselves: does the project fit the overall objective, and if it fails, can it fail without affecting major work or compromising the company’s core values?”

For Wong, agile delivery does not always equate to empathy or user-centricity.

“There is a general misconception, especially in Asia, that the total time taken [to solve a problem using a design thinking approach] is longer than if you were solution-driven, but in fact the overall timeframes are often the same,” he says. “If you adopt a solution-driven mindset, you may be lucky and get it right the first or second time, but you may still fail on the 100th time and not know why you’ve failed. But with design thinking, every new iteration is an improvement.”

Over the years, Asia Miles has built a pool of 9,000 self-selected users who respond to surveys and feedback in return for access to beta versions of new website upgrades, members’ benefits and other booking functions, a resource that the company taps on regularly, for instance, to determine which new features to prioritize in its upcoming bookings website revamp.

“Some people help the world by advocating for issues such as recycling. If I can help the world to be a little more efficient — by helping companies not to waste time and resources in creating solutions that don’t solve the problem — then it’s also creating value. That’s why I believe in promoting and preaching the benefits design thinking,” he says.

To further spread his message, Wong teamed up with a fellow Hong Kong-based Stanford d.school alumnus to start Design Thinking In Action (DTIA) in 2016. The annual two-day series of talks and workshops held in Hong Kong aims to build a community among business leaders and design thinkers across Asia.

His favorite lesson to share with fellow business leaders? “If you truly want to be customer- or stakeholder-centric, you have to let go of yourself and of your ego. I find myself telling a lot of CEOs that — myself included,” Wong adds.

“Don’t hijack the process. That is, don’t say that you are customer-centric but force things to go your way ultimately. Let the process run and you’ll find out things about your business that even you did not know.”